Axin' Saxon is the 58th episode of Big City Greens.

Nancy and Tilly are spending time together when the latter introduces to the former her sack doll Saxon, something which Nancy believes is a product of her not being around. In the meantime, Bill takes Cricket and Remy to go fishing so that the Nancy can have quality time with Tilly.

As they continue to play, Gramma Alice arrives to berate Tilly for still playing with Saxon, even though Tilly points out that Alice cherishes her sword. As Tilly goes in to wash up, Nancy decides to wash Saxon. Unfortunately, Saxon falls apart in the wash and Nancy panics. Tilly sees what has become of her favorite sack companion, but to Nancy's surprise, she believes that Alice is to blame and confronts her about it. Though Alice denies any wrongdoing, Tilly does not believe her and sets out to get back at her.

Meanwhile, the guys are fishing with Cricket once again too excited to sit still. Bill and Remy on the other hand insist that Cricket take it easy which ends up driving him upset especially when Bill seems unbothered with missing a couple of good chances. Back at the house, Tilly does numerous things to bother or frustrate Alice, but none of them seem to work. Nancy is afraid of telling Tilly the truth as she fears it will damage her relationship with her. Eventually, she tells her to see it through Alice's perspective and wonder what if something of hers was tampered with. Mistaking her words, Tilly goes for Alice's sword and flees the house with it with Alice and Nancy in hot pursuit.

They stop at a bridge with Tilly yelling at Alice to confess only for Nancy to finally give in (ironically, this action causes her to drop the sword and for Alice to jump after it). Nancy was afraid as she did not want Tilly to stop loving her, but she assures her that she still loves her no matter what. Back at the boat, Bill and Remy manage to catch a fish while Cricket catches Alice's sword.

Back at the house, Nancy fixes Saxon while Cricket hangs Alice's sword on the wall which infuriates her. Tilly jokes that Cricket caught a swordfish causing everyone to laugh and humiliating Alice. As the episode ends, Saxon anthropomorphically winks. 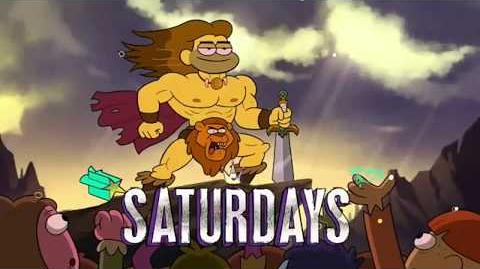 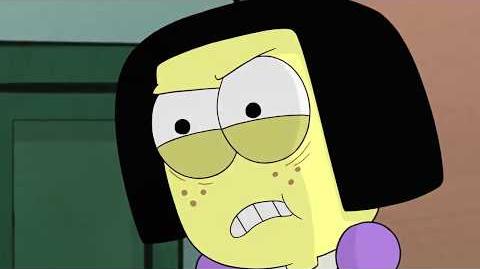 Big City Greens Who Did It To Saxon?! (Clip) 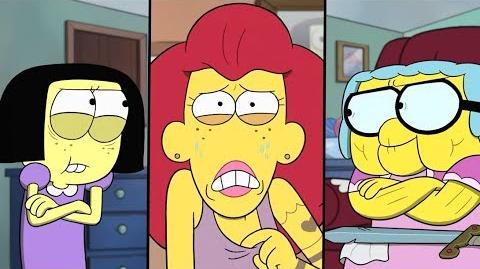 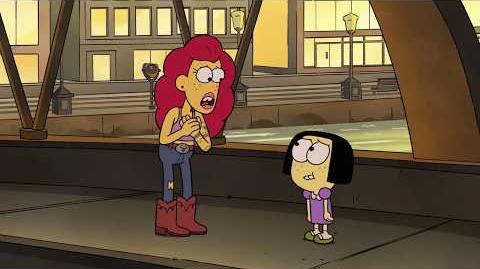 Big City Greens I Did It, Tilly!? (Clip)

Retrieved from "https://bigcitygreens.fandom.com/wiki/Axin%27_Saxon?oldid=50040"
Community content is available under CC-BY-SA unless otherwise noted.