Do It All Again

As of March 12, 2022, the show is currently in its third season, with a fourth season and movie in production. It first aired on October 9th, 2021. New episodes air on Disney Channel, with reruns on Disney XD; the show is also available online, on Disney+ (where available, though the show is carried exclusively in the United Kingdom and Ireland), DisneyNOW (United States only) and Hulu (second season only).

10-year-old[4] country boy Cricket Green and his family move to the Big City to live with Gramma Alice. There, he and his older sister Tilly meet and make new friends, including new best friend Remy Remington, cafe co-worker and friend Gloria Sato and others, as well as battling the family's nemesis Chip Whistler. While getting used to his new surroundings, Cricket tries to make the most of his time in Big City, while learning new morals along the way.

The series focuses on Cricket Green, a mischievous and optimistic country boy who moves to the Big City with his family. Cricket’s curiosity and enthusiasm leads his wildly out of place family on epic journeys, and into the hearts of his new neighbors.[5][6]

All of the episode titles are no more than one to two words long.

Both Rough Draft Korea and Sugarcube provide animation for all episodes outside of shorts, where Disney Television Animation takes over (excluding Country Kids in the City).

The series was created by Chris and Shane Houghton, who originally worked on Nickelodeon's Harvey Beaks. Along with the Emmy Award-winning director Rob Renzetti (creator of My Life as a Teenage Robot, supervising producer for Gravity Falls and executive producer of the 2017 reboot of DuckTales) serves as executive producer and the Houghton brothers serve as co-executive producers.

The series (originally titled Country Club) was pitched to Disney in 2012.[12]. They had worked on Gravity Falls and then for Nickelodeon's Harvey Beaks in 2015.

Initial production of Big City Greens took place between 2014 and 2017.

Following about a year after its announcement, on July 21, 2017, an official main title was released on Disney XD YouTube channel, with the series being renamed from Country Club to Big City Greens.

In late November, a sneak peek of the series was unveiled and shown at the CTN expo. [13][14]

On April 2, Chris announced via Twitter that the series had moved from its original channel, Disney XD, to Disney Channel [15] [16] for the Summer 2018 season.

On June 7th, the series was being promoted at the Pixar Fest, alongside the then-upcoming Pixar film, Incredibles 2.[18]

In addition to a 46-second sneak peek, ComicBook revealed that the series premiere was made available on DisneyNOW beginning Friday, June 8, ten days ahead of its airing.[19]

With "Space Chicken" and "Steak Night" being the first two episodes to air, the series premiered with a week of new episodes June 18–22, as part of Disney Channel's GO! Summer programming event. Throughout the summer season, new episodes premiered Monday and Wednesday mornings (10 a.m.), with additional shorts premiering Saturday, June 16 on Disney Channel and its YouTube channel.

In addition to this, DisneyNOW released its first multiplayer game and first game based on the series, Big City Battle!, where players compete against each other to earn their place as a member of the Green family.

On December 10th, the series won the CommonSense seal of approval. [20]

The first season ended on March 9th, 2019 with "Cricket's Place" and "Volunteer Tilly".

On April 21st, the Houghton brothers and Marieve Herington, Tilly's voice actress, attended the Disney Channel Fan Fest 2019, and shared a storyboard animatic of an episode involving the Greens visiting the beach ("Shark Objects") and also added that Season 2 would start Fall 2019; the first episodes of the season would be "Cricket's Kapowie" and "Car Trouble". Production of season 2 began on August 1, 2019 and finished on July 8, 2020[21].

The first half of the season ended on February 8, 2020 with "Garage Tales" and "Animal Farm"; the rest of the season is set to air 2020. The second half of the season began July 11, 2020 with "Desserted" and "The Gifted"; the season is to air up to September 19, 2020, with "Quiet Please"/"Chipwrecked" being the final episodes of the second half, which was shorter (20 episodes, 40 separate segments) than the first due to the COVID-19 pandemic which forced the crew to work from home. The third and final half began with "Chipocalypse Now" which released January 16, 2021. The season concluded April 3, 2021 with "Cousin Jilly" and "Gloria's Café"; this makes this season the longest to air, with it airing over two years (2019-2021).

Unlike season 2, Season 3 was not announced before season 2 premiered unlike most Disney Channel shows. On January 13, 2021, a article by Deadline that annouced that the show had been renewed, as well as Chris and Shane being signed to make more shows, movies, and shorts for Disney Channel and Disney+.

Big City Greens has been adapted into animated shorts, including Country Kids in the City, Random Rings and Big City Greens: Road Trip.

The series pre-production is done by Disney Television Animation, with the outsourcing animation done by the South Korean animation studios Sugarcube and Rough Draft Korea; the former known for its work on Star vs. the Forces of Evil amongst other shows.[20].

Click here to view the gallery for Big City Greens.

The Greens are Taking Over! Big City Greens Disney Channel 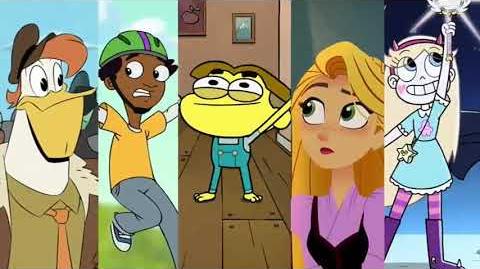 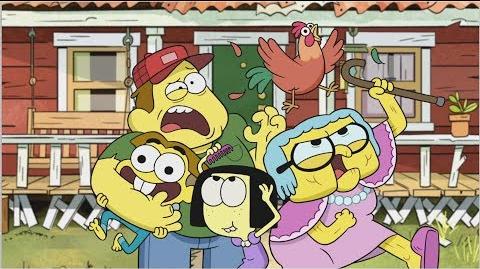 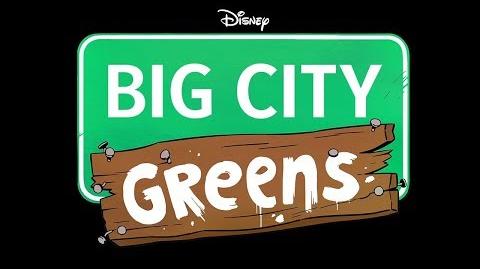 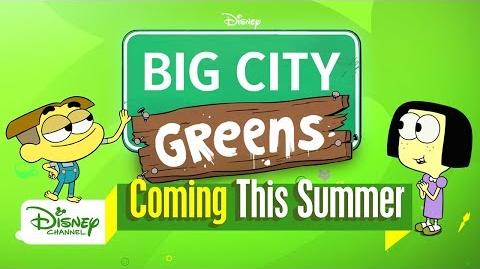 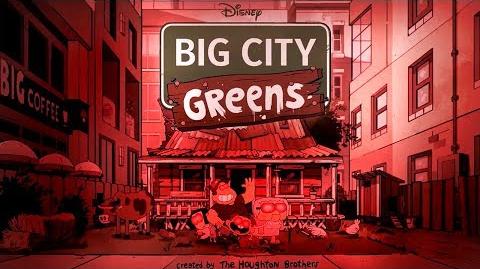