Harvest Dinner is the 45th episode of Big City Greens. However, it is the 37th episode segment in chronological order.

Bill and Nancy prep a special harvest dinner, while Cricket and Gramma race Tilly to get a missing ingredient.

Bill is proud to announce that he can now finally cook a whole harvest dinner just like he had always planned with his all natural ingredients. Nancy comes over as she would never miss Bill's harvest dinner. Bill asks Nancy for help, but she seems hesitant, She reminds him that the two have never been in sync when it comes to working in the kitchen, though he brushes this off. Bill suddenly freaks out when he realizes that he does not have paprika which is important for the stew he is making. Both Cricket and Gramma Alice refuse to get it, but to their surprise, Bill was planning on sending Tilly. Cricket and Alice are shocked and insulted especially since Bill just wants them to watch a pie that he had cooling in the window. Feeling that watching a pie is beneath them, they venture out to beat Tilly at getting the missing ingredient.

Tilly is happily strolling down the street when Cricket and Alice catch up to her and explain that they will get the missing ingredient, but she shoots them down by saying that Bill put her in charge and that she aims to fulfill her goal. The two then resort to making numerous short cuts to get to Wholesome Foods before Tilly does, resulting in the two getting severely battered and dirtied all throughout. Back at home, Bill tries to cook his stew as precise as possible, but Nancy continues to add ingredients haphazardly, making Bill uncomfortable. Cricket and Alice make it to Wholesome Foods, but not before Tilly arrives and buys what she needs. The two realize that they have forgotten what they need, but deduce that they needed a papaya and buy and flee the store.

As Cricket and Alice watch Tilly from afar, they see that she has a bottle of paprika and realize their blunder. They resort to switching the items when she is not looking and are successful. Back at home, Bill and Nancy fight over a bag of flour, resulting in the two getting coated. They laugh over the mess and agree that despite being different, they enjoy being the same people.

Cricket and Alice get back, but discover that the paprika bottle is empty. Tilly had stashed its contents into her pocket to throw the two off. They also realize that in their absense, the pie had been stolen as a result of nobody watching it, and Bill admonishes the two for not doing their job as different people are better at doing different things. Cricket and Alice redeem themselves when they see that the pie was stolen by an angry rooster. The family happily sit and eat their dinner together while the evil rooster watches menacingly outside. 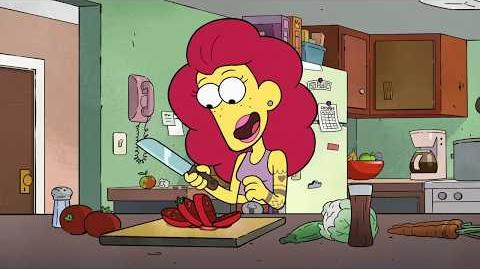 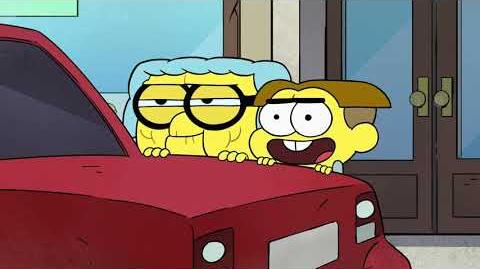 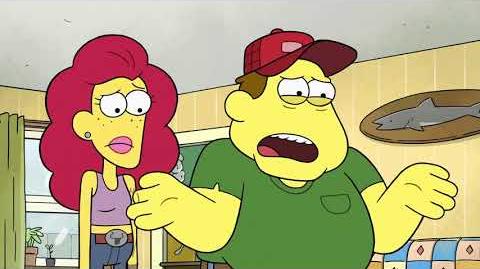 Retrieved from "https://bigcitygreens.fandom.com/wiki/Harvest_Dinner?oldid=45645"
Community content is available under CC-BY-SA unless otherwise noted.