Hiya Henry is the 47th episode of Big City Greens.

Tilly tries ventriloquism for the Big Coffee open mic night, but the dummy constantly irks Cricket but he doesn't want to hurt her feelings.

While working at Big Coffee, Cricket notices that Gloria is putting up flyers for Big Coffee's open mic night. She explains to him about the event and Cricket gets excited about the idea of performing a talent of some kind. He convinces Remy to join him as his assistant and Tilly to join the show. Tilly is confused as she is unsure if she even has a talent of any kind, but Cricket gets her to agree as it would be fun.

Back at home, Tilly digs through the garage for anything that catches her interest. She gives up, but then notices a trunk in the corner and opens it to find an old fashioned ventriloquist dummy. She names it Henry and shows him off to the family. While Remy, Bill and Gramma Alice find "Henry" hilarious, Cricket is horrified by its appearance. He tries to tell everyone of his concern, but everyone believes that he is jealous of Tilly's talent.

Cricket has trouble sleeping at night as he feels that Henry is watching him and trying to distract him from the stunt he will perform tomorrow. When he tosses a pillow at him, Tilly assumes that he is trying to make him comfortable and has Henry "sleep" with Cricket. He has a nightmare that a monstrous Henry has turned his whole family into dummies including himself and awakens believing that the dummy has evil intent. Not wanting to hurt Tilly's feelings, he takes Henry into the backyard and digs a grave for him hoping that Henry will just "die".

The next day at open mic night, Tilly cannot find Henry, but Cricket tells her not to worry. After Gloria's bizarre poem, Cricket attempts to perform his stunt: jumping over the audience and hitting a target with a stick (Remy could not find a samurai sword). To his shock, Tilly comes back, having found Henry after Phoenix dug him up. She begins performing her routine with him, with everyone laughing except for Cricket who is horrified. Fed up, he jumps up on stage and destroys Henry in front of the whole audience, much to Tilly's horror. He finally comes clean about his hatred of Henry and how he did not want to hurt Tilly's feelings, who is nevertheless saddened that her act indeed is in shambles thanks to him and that he should've told her in the first place.

Gloria announces the end of open mic, but Tilly cannot finish her act as she has no dummy to speak of. To her surprise, Cricket then decides to become her dummy and they carry on the routine together to the applause of everyone. 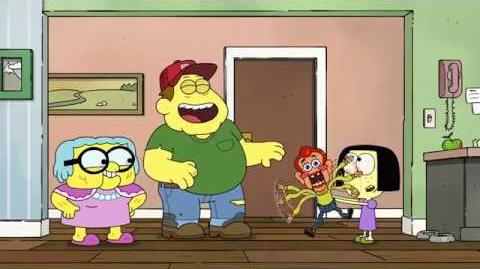 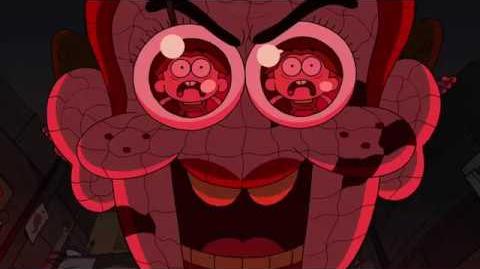 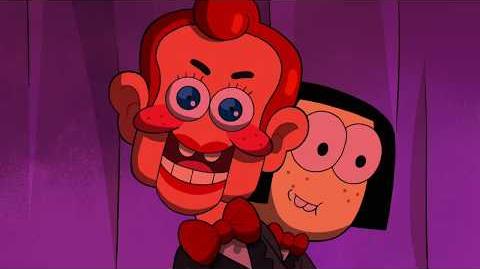 Retrieved from "https://bigcitygreens.fandom.com/wiki/Hiya_Henry?oldid=48220"
Community content is available under CC-BY-SA unless otherwise noted.