Hurty Tooth is the 51st episode of Big City Greens.

The Greens go on a family visit to the dentist's office, where Cricket is determined to avoid Dr. Enamel and power through his toothache.

The Greens are sitting down to a big breakfast meal set up by Bill and Tilly. Everything seems fine until Cricket keeps saying "ow!" while eating. Cricket explains that "Hurty Tooth" is acting up again and that it has been that way for quite some time while he eats and drinks. Bill takes a look inside Cricket's mouth and is horrified by what he sees (it is not shown, but implied to be in bad condition). He immediately makes an appointment to go see the dentist, but Gramma Alice insists that Cricket does not need to go to the dentist claiming that they and doctors in general "will take everything from you". Bill then proceeds to take Cricket and Tilly away with Alice in hot pursuit.

At the Big City Dentist, Cricket and Tilly are called in while Bill becomes distracted by a spot the difference page in an issue of Highbrights. He ends up spending a long time trying to distinguish between two pictures of a woman walking a dog and becomes frustrated. Meanwhile, Cricket sees the sunny Dr. Enamel who explains that he will need to pull his tooth out. Cricket pins Dr. Enamel to the wall and bolts for the exit. Tilly begins hallucinating after walking into a room with the gas left on and becomes convinced that the Tooth Fairy wants her to get another tooth for him. Completely aloof, she wanders the halls in a daze and scares Cricket.

Alice, who broke into the building, manages to find Cricket and tries to "rescue" him. When Cricket asks if the pain will go away, Alice tells him that he will get used to it before revealing that she wears dentures that have left her face hoarse. Realizing how the real horror was hurty tooth, Cricket goes back to Dr. Enamel and gets his tooth unknowingly pulled while he came to grips with the situation. Tilly gets Cricket's pulled tooth while still in a daze and is "thanked" by the Tooth Fairy (actually a dentist poster). Bill finally gets the idea to "look at the bigger picture" and realizes the difference in the photo (there was a giant monster in the background). Having learned his lesson, Cricket is convinced that they need to do something about "Screw Foot", a screw that got lodged in Cricket's foot two months ago and Bill decides to call the doctor. 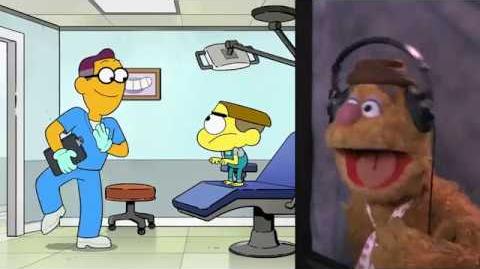 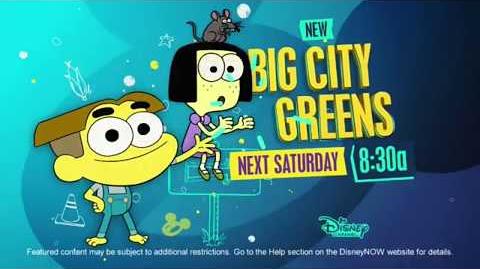 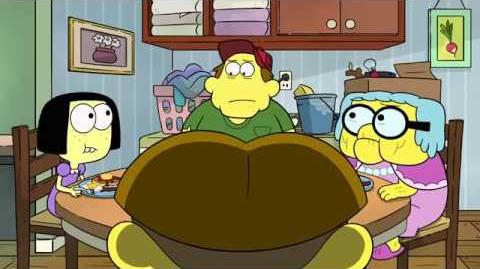 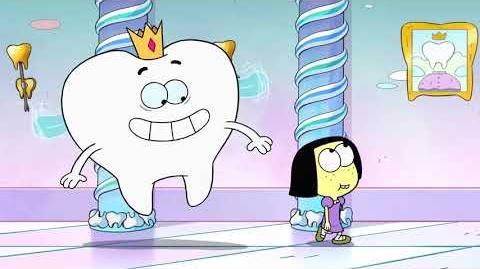 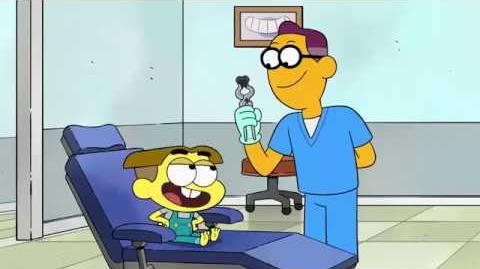 Retrieved from "https://bigcitygreens.fandom.com/wiki/Hurty_Tooth?oldid=46399"
Community content is available under CC-BY-SA unless otherwise noted.