People Watching is the 46th episode of Big City Greens.

The family plays the people watching game, making up stories about city folk passing by. However, everyone cannot stand Bill's inability to be creative so they decide to give him some pointers.

The Green family is sitting and relaxing out in Big City eating ice cream while watching the strangers pass by who they casually mock. Nancy claims that she knows everyone through the people-watching game, a game that Bill is apparently not good at because he lacks creativity. Nancy decides to teach the kids how to play as they spot several passerbys:

Nancy spots a short plump woman with purple skin and short blonde hair whom she names Winifred Miltington. She is excited because she had just earned a job as a window cleaner. Unfortunately, she is afraid of heights and can barely leave the ground. To make up for this, she blindfolds herself while cleaning the windows. While she does not get every window, she overcomes her fear and then suddenly grows wings and flies away.

The family tries to get Bill to come up with a story, but he is unsure of himself. Ultimately, he tries:

Bill spots a small bespectacled man with a big white beard and names him Phil. Phil lived in a plain white house with three windows.

The story immediately bores the family, so Cricket takes a shot:

Cricket spots a tall handsome man in a blue suit and combed back hair and calls him Falcon Tuxedo, "a businessman, lawyer, and citizen of Explosion City". Falcon defends an accused man in court for "not selling enough money" and defeats the judge by suggesting he "buy money" instead. The man reveals that he was guilty the whole time and escapes by helicopter. Falcon gives chase and blows up the helicopter while rescuing the criminal, before revealing that they are in fact brothers.

Cricket is exasperated by his own story as the family, minus Gramma Alice, applauds. Alice feels that the story does not have a moral or a point and decides to do one of her own:

Alice spots a young woman in goth clothing, a shaved side head and an eyebrow piercing whom she said was once named Grace. Grace was once a responsible girl who enjoyed dedication and hard work. One day her mother tried sending her to plumbing school, but instead, she got lost in the woods because it had "free wi-fi and degrees in art". She changed her appearance and was about to get a face tattoo when her piercing got tangled in a bush. She was devoured by a monster and spent the rest of her days in its belly while her mother "died of disappointment because her daughter is so dumb". The moral of the story: listen to your mother.

Feeling that he can do better now, Bill tries to have another go at his story:

Phil suddenly got hungry and pulled out a steak, but it was cold. He then decided to put it in the microwave which had all the usual buttons a microwave had.

The family halts him and Nancy suggests that Tilly take a turn with picking someone to tell a story about:

Tilly spots a tall buff man with arm tattoos, sunglasses and a mustache and names him Dr. Nelson P. Candycorn, "The P. stands for Peanut". Dr. Candycorn lived in Shoeville with his numerous children, but noticed that his house was too small so he decided to go to outer space to find a new home. He finds a planet, but discovers that it is a sick puppy dog head and uses a flute to call his "majestic space whale friends". The whales danced curing the puppy and revealing that more puppies lived in its mouth. They all danced happily in the end.

With the sun setting, the family decides to go home, but Bill still wants to finish his story. With some reluctance, they decide to stay and listen with Bill deciding to use inspiration from the other member's stories:

As Phil sat waiting for his steak to cook, the microwave grew a robot body and proceeded to attack Phil and the entire neighborhood. Phil suddenly remembered that he was a retired firefighter and began putting out the fires. He is suddenly aided by the space whales who distract the microwave while Bill runs to unplug it, causing it to explode. The town was unfortunately destroyed, but Phil remembered that he bought insurance at the suggestion of his mother, thus saving the town. The moral of the story: listen to your mother.

The family congratulates Bill for finally telling a good story with Bill realizing that his inspiration comes from his family. As Cricket gives him character notes on Falcon Tuxedo, the five people that they were making up stories about wonder what the Green Family's story is with "Phil" calling them tourists. 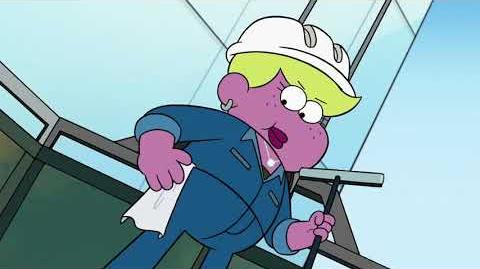 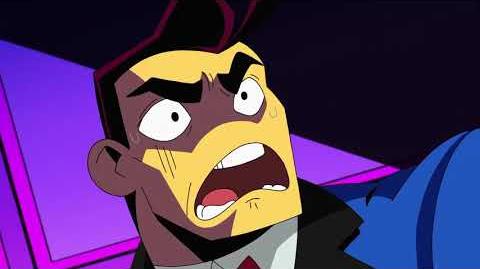 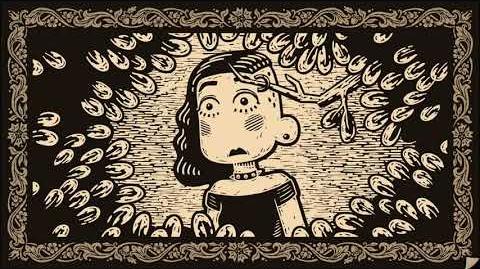 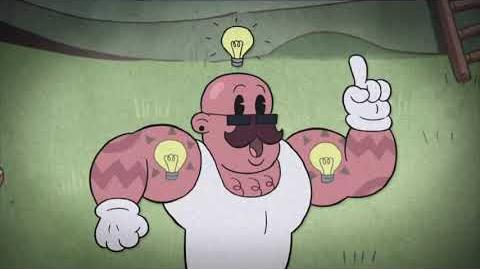 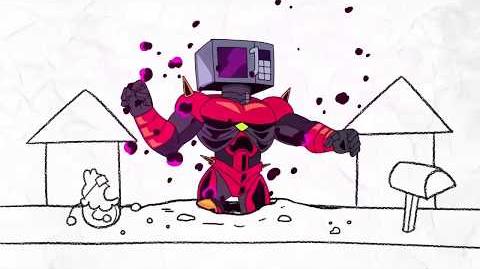