Sleepover Sisters is the 50th episode of Big City Greens.

To get to know each other better, Tilly and Andromeda have a sleepover and attempt to develop psychic powers, but Cricket cannot sleep without Tilly's presence.

Tilly and Andromeda are drawing pictures while Cricket spins around to make himself dizzy. The girls are having trouble deciphering each other's drawings of what are otherwise simple things such as a bunny or an alien in a U.F.O. The two feel as though they are having trouble connecting especially with Cricket's constant interruptions. Andromeda then gets the idea to have a sleepover at her place. Tilly is excited by the prospect and agrees to go, taking her camera with her.

At Andromeda's house, Tilly becomes fascinated with an issue of Brain Rocker magazine, especially of a story between two female scientists who stayed up all night until sunrise and gained psychic powers thus became the "closest friends ever". The two resolve to repeat this feat and earn psychic powers.

Back at home, Cricket finishes his spinning and decides to go to sleep. However, to his surprise, he cannot bring himself to slumber as while the usual droning noises play, one is totally absent: Tilly's snoring. He resolves to find a way to sleep without the need of her sister by first choosing another person to sleep with, but finds that his choices (Phoenix, Bill and Gramma Alice) are not the best ones. He next tries other sleep remedies like counting sheep and drinking milk, but neither of these seem to do the job. A very tired and cranky Cricket resolves to head over to Andromeda's house to get Tilly to help him sleep.

Tilly and Andromeda try different methods to stay awake, such as pillow fights and eating sugary candy, but both attempts end up making them tired. They resolve to watch Slumber Slayer, a horror film about teenage girls being hunted by a monster that can transform into anyone. Cricket unexpectedly arrives and the girls believe him to be a monster and begin attacking him. Cricket manages to finally get through to Tilly by telling her one of her secrets (she thinks she is a squirrel). Everyone immediately falls asleep.

In the morning, Tilly and Andromeda are disappointed that they did not get powers, but Tilly realizes that she took a lot of pictures and they both come to the conclusion that they had fun anyway. Tilly takes home an unconscious Cricket, who is dreaming about being a space eagle. 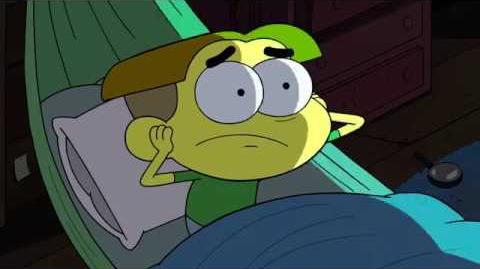 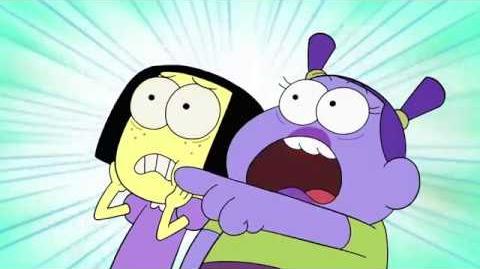 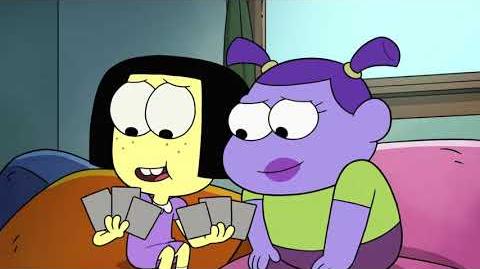