Valentine's Dance is the 47th episode of Big City Greens.

At the Valentine's Dance, Cricket's aversion for romance is about to dramatically change when he starts to develop a crush.

The Green family arrives at the Big City Community Center for the Valentine's Day Dance being held there. While Bill, Nancy and Tilly all proudly announce their intent to celebrate in their own way, Cricket and Gramma Alice voice their disapproval of the holiday and the festivities.

As they enter, Tilly becomes distracted by a statue of Cupid and takes it upon herself to fulfill her "mission" to make people fall in love by taking the statue's bow and quiver (with suction cup arrows). Cricket encounters Remy, Benny and Weezie and convinces them that falling in love is not something that is for them and that they should just be single boys forever (ironically pointing Alexander and Terry as examples). The boys happily agree with him.

As Community Sue sets Bill up at the snack table (where he proudly shows off his veggies and ranch), Nancy is given the job of chaperone. Feeling that she is incapable of handling young people, Alice insists that she also be put in charge of chaperone, which Sue allows because she does not care. Sue then decides to work the DJ stand, and drops a beat.

As Cricket and the others dance, they are approached by a girl whom they try to send off. The girl tells Cricket that her friend asked her to ask him if she wanted to dance with her. The girl turns out to be a pretty girl named Gabriella, whom Cricket instantly becomes lovestruck with. He cannot bring himself to break her heart and flees, shocked at experiencing love for the first time. He runs into Gloria, who is waiting for her crush Kevin to arrive, and tells her about the experience he has been having. She deduces that he has a crush, which sends him running.

From above the gym, Tilly tries using her arrows on unsuspecting dancers, but instead realizes that she is simply annoying people. She goes to the Cupid statue to imbue his abilities and decides to use a single arrow to make someone fall in love with the first person they see.

Gramma decides to separate a couple from dancing to Nancy's detest, and they begin fighting over who's the better chaperone.

Cricket goes to Bill, trying to get his mind off of Gabriella, but one look at the broccoli Bill gives him causes him to think of her again. Having several flashes, he immediately runs to the pool where he tries to rest.

Tilly prepares to shoot her final arrow at an unsuspecting gentleman, but he bends down to pick up a penny right when it's being fired at him. The arrow bounces back and hits Tilly in the eye causing her to fall in love with a self defense statue much to everyone's confusion.

In the pool, Cricket is relaxing when Gabriella suddenly encounters him again. Unable to answer her question to dance with her, he flees again and discovers he cannot think at all with love.

Alice still refuses to listen to Nancy about chaperoning. After trying to separate two teenagers from dancing, Nancy brings them back together annoying Alice who claims that she is "bad news" and that she is a selfish person who just does what she wants. Nancy agrees and points out that Alice is like that too. Realizing that they are both similar they patch things up.

Cricket returns to the gym and sees that Weezie and Benny have "fallen in love" and are dancing with girls, having learned love is spreading. He takes one look at the sprinklers and decides to set them off to "rescue" everyone, but Sue spots him and tells Nancy and Alice, who stop him. After Cricket tells them his problem, Nancy explains that love is a complicated thing that does not always have to be bad and that it can bring good things as well, but he won't know unless he gives it a try.

Realizing that love doesn't take but gives, Cricket then surmises the courage to accept Gabriella's "love". However, Gabriella explains she doesn't really love him and she simply wanted to dance, but since Cricket never accepted her request and constantly acted weird around her, she refuses and reveals she instead asked Remy who accepted. Cricket is visibly upset by this, but acts annoyed and admits he didn't want to dance with her anyway.

Cricket goes to Gloria, also upset as Kevin never showed up, and they decide to dance it out together. Bill also asks Nancy to dance. The episode ends as everyone dances with their partners on the dance floor, except for Alice who splits Tilly from the training dummy ("Two feet apart!"). 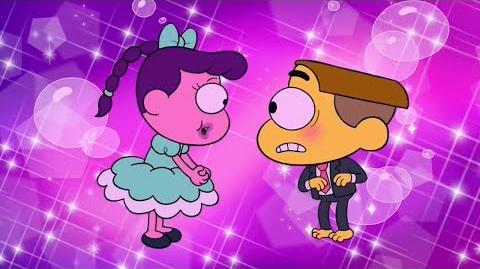 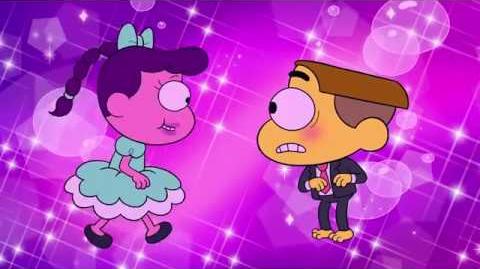 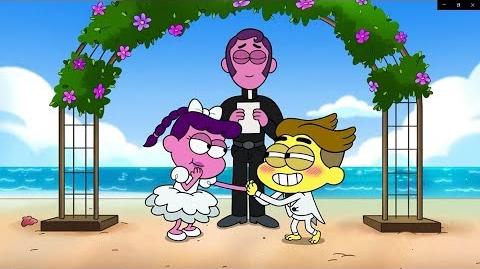 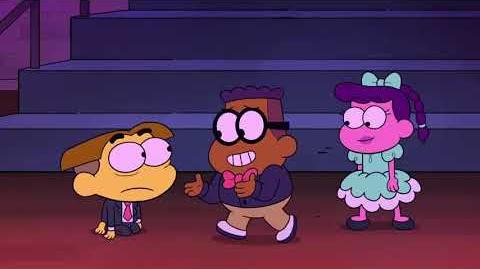 Big City Greens - Not Madly In Love With You (Clip)